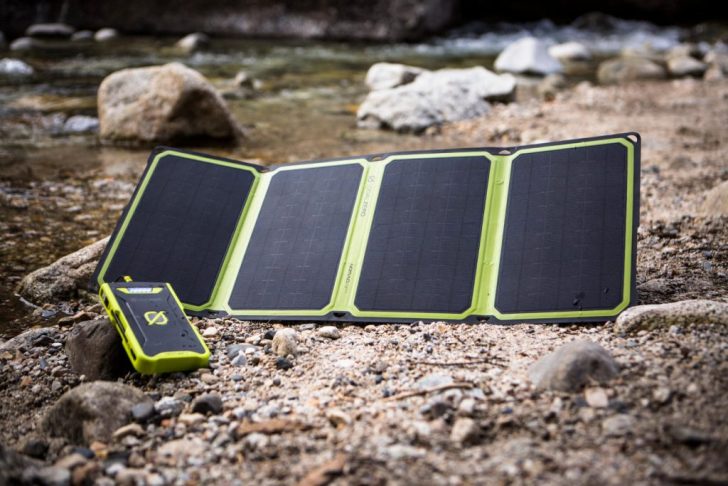 11. Goal Zero Nomad 28 Plus Solar Panel
Ah, the great outdoors. Who among us wouldn’t want to escape from the stresses of the world and spend a quiet weekend in the mountains? Sure, but how are you supposed to upload all those “hanging off a dangerous cliff” selfies on Instagram and engage in Twitter battles when Mother Nature forgot to invent electrical outlets that grow on trees? Fortunately, the Goal Zero Nomad 28 Plus Solar Panel has you covered! For $250 you can charge your gadgets and unfriend people on the go!

12. XBOX ONE X
Okay, so Microsoft isn’t really offering something that could be considered breakthrough technology with its XBOX ONE X, but it’s more about the fact that the company has decided to upgrade its current game console rather than ditch it altogether and force its customers to move on to the next generation system. The processing speed, the storage capacity and the overall power of the XBOX ONE X make it the best on the market.